“…the changing motions of indeterminate vibrations; but perhaps that was nothing more than the buzzing of bees and the flights of ladybugs” - Surprising Sicily in Giuseppe Bonaviri’s Nights on the Heights. 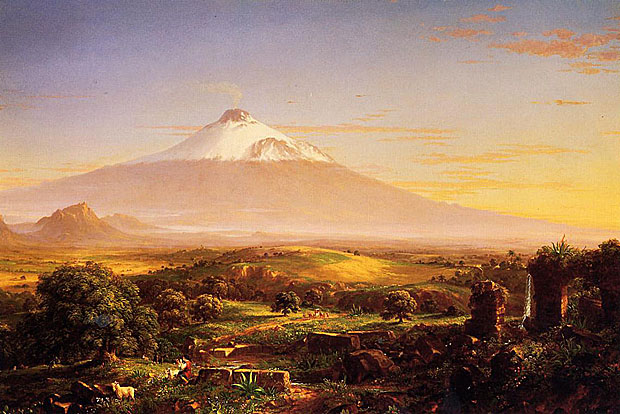 The death of the head of a household may be a common subject in Sicilian literature – think of di Lampedusa’s The Leopard, Federico De Roberto’s The Viceroys, even the works of Verga – but never has it been treated as in Giuseppe Bonaviri’s thoroughly immersive, surprising 1971 novel Notti sull’altura (Nights on the Heights in the English translation). In the passing of Donnané, patriarch of a family in the strangely-named hill town of Qalat-Minaw inland from Catania (modeled after Bonaviri’s hometown of Minèo, “the navel of Bonaviri’s universe” according to translator Giovanni Bussino), the usual parade of grieving and handwringing relatives scheming for favor or bemoaning the passing of a whole way of life scarcely exists. Replacing it is a deliriously bizarre series of endeavors aimed at locating what might remain of this “mild man” in the universe and at coming to grips with the emotions surrounding death, both Donnané’s in particular and mortality writ large. Italian literature from its beginnings demonstrates a recurrent entwining of the real and fantastic, but Bonaviri’s short novel, the stand-alone second volume of a trilogy, is in this regard unlike anything I’ve read from Sicily, unlike anything I’ve read from anywhere, for that matter.

Not that Notti sull’altura is a surrealist or magical realist work. It defies pigeonholing into any such categorization, sharing neither surrealism’s arbitrary and privileged manipulations nor magical realism’s application of varying degrees of torsion to reality. Rather, its fantastic elements come across as organic, intrinsic aspects of the novel’s world, rooted deeply in the natural and human history of Sicily; drawing on such literary sources as mythology, chivalric romances, Dante and the Arabian Nights; and above all sifting deeply through the rich loam of regional folklore. In Bonaviri’s preface to his Saracen Tales, a collection he claims to have adapted from his mother’s transcriptions of tales she’d recounted to him when he was a child, he reveals the debt he owes to stories handed down and embellished over centuries by people even of “rudimentary education,” and which contain a vitally rich mixture of practical wisdom, anecdotes borrowed from literature, and no shortage of the bizarre and implausible. Over the two hundred pages of Notti sull’altura, Bonaviri consistently invigorates and examines the world, investing everything in it with a potent, powerful extraordinariness.

And yet, making one’s way through one after another of the writer’s strangely imaginative paragraphs, one easily sees Sicily itself. The island comes completely alive under Bonaviri’s imagination: stark hills, rugged valleys, dusty plains, volcanic ravines, “dwarf” rivers, prickly-pear and orange trees, medieval castles, “an occasional peasant or emaciated donkey, right in the middle of the winding clay paths,” the unpredictable and erratic ringing of church bells, snow-capped Etna hovering in the distance and the blue Ionian Sea glimpsed from the heights. And no one who has visited Sicily will want to miss Bonaviri’s occasional references to Sicilian food and drink:

“Uncle Pino, with his expertise, killed a young goat and, after having punched holes in it with a knife, filled the meat with sharp cheese, pepper, rosemary, potatoes and Vittoria wine.”

“Yahin wanted first to offer us some wine from an old carafe; it was like water animated by a little rosy devil that stung the palate and made ideas reemerge.”

“Lucrezio, taking advantage of Nergal’s moments of silence, told us that there existed a town in which with eight ounces of sugar, some bitter orange rinds, nutmeg, grapes, cloves and pomegranate seeds, and what is more, all that mixed with ground cinnamon, tangerines and some more sugar, one could, with a proper fire and by whipping and stirring, make a pastry such as no human mouth could ever have tasted.”

Bonaviri also digs vertically through the strata of Sicilian history to reveal the passing of Greeks, Phoenicians, Romans, Arabs, Normans and others, all those who have inhabited and impacted this crossroads of the Mediterranean. Names of characters reflect both this diversity and Sicily’s mythic and literary traditions:  Zephir, Lucrezio, Rowley, Aramea, Orlando, Totosimic, Ibd-al-Atir, Bethsam, Al-Hakim, Tirtenio, Abdfilip, Gheorgy, Nergal, Mullhalel. Despite the presence of an airplane in the opening scene, time too seems askew, as though Sicily’s history has coalesced into a concentrated present. There may not be a variety of the island’s geology and topography, quality of light, species of flora or fauna, ethnographic composition or historical influence that Bonaviri doesn’t reference at some point. As an evocation of landscape, Notti sull’altura already stands out as an exhilarating work.

But Bonaviri offers far more than a mere atmospheric appreciation of Sicily, as is evident from the novel's curious plot. After Zephir arrives at Qalat-Minaw and confirms Donnané’s death, he and various family members notice a few oddities around the place, including a couple of large eggs, with symmetrical black and red circles, on the terrace. Reports arrive of a fireball and of a large “thanatobird” seen in the region. Zephir recognizes that “…one could no longer resort to the usual empirical observations that when compared to one another yielded general laws suitable for calculating the time of day or for discovering what was happening within us.” And as the National Almanac also proves useless for comprehending “the lack of correspondence between my thoughts and the oscillations coming from those extremely vast spaces shut in by mountains whose massive ridges and clay slopes rose up with an irregular morphology,” Zephir and his relatives organize teams to track the mysterious bird and seek out his father’s traces. And so begins a series of explorations to understand the material and immaterial consequences of Donnané’s death.

In this “love peregrination,” the groups grasp at any tool they might use to discover the “Whispers? Waves? Imperceptible sounds?” that might mark Donnané’s passing: intuition, calculations of stellar positions, provisional empirical examination of rocks and plants, mathematics, alchemical processes, the measuring of winds and streams of solar ions, clairvoyance, the crude interpretation of portents, signs and symbols in whatever form they might appear.

Each of us had a task: to jot down celestial signs, loops and squiggles, or to spread out maps in order to track down the lost traces. And some, like Lucrezio and Orlando, in an effort to get less tired, looked with a squint at those lights and those whorls in which dust and pebbles were continuously grinding and polishing one another.

In one chapter, a team turns to the topography of the moon and planets for succor. In another a group sets off to seek vestiges of Donnané in the hieroglyphics of the sea:

Yusuf, our Arab relative, spoke further of waterspouts rising perpendicularly to the sun, and of globular waves rising up behind and in front; and not only that, but also of the daily activity of the oceans that rise and fall along the sides of the earth, creating trenches and abysses abounding in fish. And the sea, like men, knows no peace, its paths continually opposed by tides and occasional conches. What is more, at night, it is swollen by warm lunar rays and the bustle of large, sleepless fish.

In the novel’s most ambitious project, the experimenters graft a human child onto a carob tree in an effort to link the animal and vegetal kingdoms and thus avoid missing any possibility of an answer lying somewhere between the two, creating a “human-wooden combination” that brings to mind Carlo Collodi’s Pinocchio.

Because Bonaviri spreads these multiplying experiments with such consistency across the novel, a selection of passages can barely hint at the immersive spell the accumulation of these attempts weaves for the reader. All of this wandering activity, these tentative and grasping efforts of the human intellect and heart in the wake of death and grief, is moving, raising innumerable questions about how one proceeds after such a loss. In which direction does one go? What remains of the deceased? How does one communicate the loss to others? What care does one need to take in attending to one’s bereavement and going forward? What are the implications for future generations? What is death?

Bonaviri’s interrogation of these aspects of life and death is filled with imaginative conceits, yet also shot through with humor. Occasionally, Bonaviri charmingly follows a disorienting explanation of the teams’ fantastical methods by acknowledging his audience: “All this is said for the common reader who is probably perplexed.” Frequently too he’ll amusingly ground a character’s stratospheric musings with an earthbound detail, such as when one character, extemporizing on the possibilities of “green molecules united in gelatinous complexes with detractions and connections to atomic aggregates,”  touches a snail, “which for a second retreated into its shell.” Skepticism greets each new proposal and each failed experiment: “What shall we do?” “What’s our destination?” “What devil brought us here?” “We’re spinning our wheels!” “Why continue to count the stars?” “We’re all going crazy.” The aptly named Orlando, in a moment of exasperation, exclaims, “It’s a muddle…Out of a common mortal event, we’ve made a romance!” Cooler heads like Aunt Agrippa, “shrewder than any of” the group, say nothing, though she appears periodically and is rumored to have special powers requiring none of the nonsense in which the others are engaged. Zephir’s sister Welly, for another example,

…considered it senseless for us to search for the exact time and position of stellar wheels and to plunge into them with hearts full of emotion. In her opinion, that would take us away from our father’s splendor and his uncontaminated journey from the heavens to the earth with inanimate rhythms. To make us understand that she pursued love and not the empty labors of the mind, she left town for the rich valleys and the multitude of nocturnal shadows.

Bonaviri also draws on the droll conflict between the peasants of Qalat-Minaw and these searchers, whose frenetic activity they consider suspect, perhaps aimed at stealing the moon. These infusions of humor, the wonder at nature’s manifestations as well as at human attempts at knowledge and at confronting emotion, give Notti sull’altura a remarkably warm, bemused, receptive and affectionate tone.

That such a rich and distinctive literary voice seems so little known today is puzzling. Bonaviri appears to have few close literary relations, though at a distance Notti sull’altura finds company in the works of João Guimarães Rosa, Jorge Luis Borges and Italo Calvino, the last an early champion of the writer. Bonaviri’s writing should interest anyone who appreciates challenging literature of rare caliber and beauty, and those at all familiar with Sicily will likely revel in the narrative’s evocation of the place. Though Bonaviri occasionally and quietly references Sicily’s poverty, episodes of hunger, the clash of intellect and peasant superstition, and aspects of change such as industrialization, deforestation, the misuses of science, the encroachment of a bourgeois mentality unable or unwilling to perceive the island’s marvels, these elements are so subtly incorporated into the narrative that they scarcely stand out thematically - nor do they need to. Though many modern Sicilian authors have concentrated on the grimmer human realities of the place, its anguish under deprivation and the Mafia, its frustrated search for justice and prosperity, the intensity of intra-family conflicts, Bonaviri has taken an entirely different approach. One could see in this an element of escapism. But in transforming the island’s spectacular natural, historical and cultural treasures into a defiant and startlingly original affirmation of its infinity of wonders, Bonaviri reveals a magnificence that can only make one feel more deeply the waste incurred in the problems that have afflicted Sicily, “the half-moon lost in the sea.” 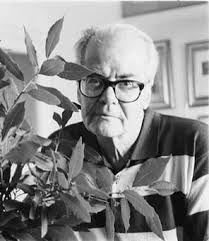 Posted by seraillon at 6:14 PM