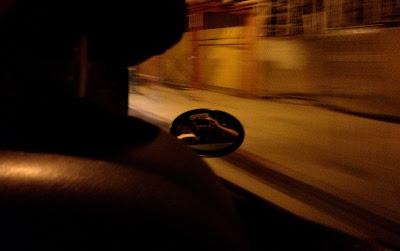 It’s February already? Perhaps it’s past time for an end of 2012 post, but here’s one anyway. Whether a reader may share in the pleasure I take in looking over what I read last year I can only surmise from my own enjoyment of others’ similar recaps.

In addition to the mysterious internal algorithms that took me from one book to the next, I am indebted to the enthusiasm of other bloggers, who’ve led me to many new discoveries over the past year. I am particularly grateful for having been tipped off to one such work, Daisy Ashford’s The Young Visiters, which came along to offer a glorious, ribald ray of sunshine at an opportune moment. Sparkling with charmingly poor spelling and grammatical errors, Ashford’s 1919 novella manages to make such faults uplifting, as are the unusual turns of phrase and wildly irrational events concocted by the precocious mind of its nine-year-old author. My own nine-year-old goddaughter is now paying the price for Miss Ashford’s 105 pages of audacity: I have impressed upon her that I expect great things – poems, stories, novels, vast epics – and not simply these occasional, anodyne pleasantries hurriedly scribbled on a holiday card.

I began 2012 with There Came a Stranger, by good friend and former children’s book author Louisa Mae Johnston, who dragged out a dusty, decades-old manuscript once rejected by Harlequin Romances for being “too realistic” and reworked it to ratchet up the realism (take that, Harlequin philistines). By setting her romance among central Florida’s destroyed orange groves during a winter freeze, Louisa has created a haunting sense of atmosphere. This is a shameless plug. Buy her book. Born a mere handful of years after Daisy Ashford's book was first published, Louisa is now well along on a third novel, with the second undergoing final edits.

I ended the year with Irmgard Keun’s 1937 novel After Midnight, a surprising perspective on Germany being transformed by Nazism as viewed through the eyes of a young sybarite juggling party preparations and the man problems of her girlfriends against the looming background of encroaching totalitarianism and terrifying injustices. In shorthand, I’ve come to think of the book as Christopher Isherwood’s Berlin Stories meets Anita Loos’ Gentlemen Prefer Blondes. Nothing in the least uncharitable should be inferred from that; this was an unusual and memorable novel.

Diary of a Man in Despair, by Friedrich Percyval Reck-Malleczewen (Paul Rubens, translator)

All the Names, by José Saramago  (Margaret Jull Costa, translator)

Memoirs of a Revolutionary, by Victor Serge (Peter Sedgwick and George Paizis, translators)

The remarkably few books that I either did not particularly like or that left me indifferent I won’t mention here other than as an affirmation, continuing into 2013, of William Faulkner’s suggestion that we “Read, read, read. Read everything.”
Posted by seraillon at 3:25 PM 12 comments: