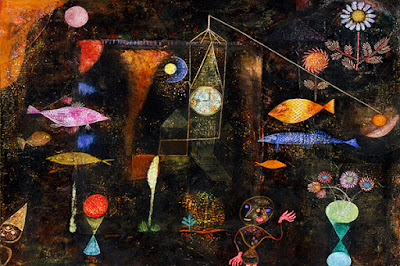 “In the sunlit lands of the far South there is a kind of secret ministry for the defence of Nature against Reason, a sort of all-powerful genius loci, which watches over the unbroken sleep of the inhabitants.”  - Anna Maria Ortese, “Strange Apparition”

Among my favorite discoveries in Italian literature this year has been Raffaele La Capria’s 1961 novel The Mortal Wound (Ferito a Morte, English translation 1964 by Marguerite Waldman). La Capria is one of the Neapolitan writers whom Anna Maria Ortese, in The Sea Doesn’t Bathe Naples, criticizes for exercising “an art apparently rooted in arid desperation.” In The Mortal Wound La Capria returns the favor: one of his characters explicitly references Ortese’s title, rejecting a point of view that dwells on “the two Naples, one a rigged-up affair, the other the real life. The Naples bathed by the sea and the Naples of the back alleys, Vesuvius and counter-Vesuvius. And so forth and so on.“ Though the two authors diverge in their approaches to literature, they share a bred-in-the-bone affection for their city fused with a scathing condemnation of its failings. In The Mortal Wound, La Capria levels his entire generation; the book, a portrait of dissolution and paralysis, emerged as among the most important novels of postwar Naples.[i]

La Capria’s title, The Mortal Wound, refers to Naples itself, both setting and subject of this fascinating and moving work, which in addition boasts of two noteworthy characteristics that have placed it on the literary map. First, it contains the first reference to pasta puttanesca, in a brief but entertaining passage that does little to shed light on the notoriously-named dish other than to suggest a Syracusan origin. Second, The Mortal Wound served as a key inspiration for director Paolo Sorrentino’s Academy Award-winning 2013 film The Great Beauty (La Grande Bellezza). One can recognize discrete elements of the novel in the film, but readers expecting a faithful correspondence may be disappointed: the similarities are almost entirely thematic and in the works’ overarching tone of nostalgic regret.

Lyrical and atmospheric, The Mortal Wound uses a polyphonic set of narrators and a mixture of dialogue, interior monologue, and free indirect discourse, peppered by frequent flashbacks, to capture the generation of Neapolitans from World War II into the years preceding Italy’s “Boom,” and covering the period of mayor Achille Lauro’s transformation of the city that saw incomes rise in tandem with organized crime and corruption; civic improvements as well as rampant real estate speculation; and a pursuit of profit that saw cherished aspects of old Naples quickly razed in a rush to riches.

La Capria filters this portrait largely through Massimo DeLuca, eldest son of a once well-off family now reduced nearly to ruin but still clinging to the manners and habits of its former prosperity. Sifting through the complexity of the novel’s narrative style - translator Waldman’s choice to place portions of the text into italics, ostensibly to facilitate distinction between the novel’s shifting narrators, is of marginal help - one pieces together Massimo’s life.

The young Massimo spends much of his time hanging around clubs, cafés and casinos, engaging in repetitive discourse about Neapolitan torpor and entrapment, of the “southern labyrinth” where the exertion of reason is useless, of those who leave and those who stay, of fortunes made in the Americas, of the differences between Pommery and Veuve Cliquot. Massimo’s coterie of ruined Neapolitans of all ages, “a community of idlenesses,” find little to do with themselves other than gamble for days on end and chase sensuality (L’Oro di Napoli, the 1957 film by La Capria’s close friend Vittorio di Sica, features an amusing portrait of a gambler La Capria might have used as a model). The best minds of Massimo’s generation - not starving, hysterical, or naked, but passive and pliant - watch their lives pour through their fingers. Even the recent war evokes a bitter nostalgia: “If nothing ever happens in Naples, you say, when war breaks out, for better or worse something’s got to happen even here. Because look, Massimo said, ‘a war seems better than the way I spend my days, without knowing where to go or what to do.’” Arguments fizz out with a whimper; when one character challenges another to a duel, he’s ridiculed for both the anachronism and the economics of the idea: “…so much for the doctor, so much for the taxi, so much for the reconciliation supper.”

Acutely afflicted by the city’s intractable hold, Massimo nonetheless remains distinct and aloof from the others, and feels most at home while diving for fish in the Bay of Naples with his younger brother, Nini. “Under water,” as Massimo’s journalist friend Gaetano asks him, “you forget even that you were born, don’t you?” La Capria repeatedly plays with the contrast between this silent undersea beauty and the grinding city above, his submarine passages turning into flights of lyrical prose, an escape into a magical world:

The breathing of the sea covered and uncovered the rock extended below the water like the wreck of a ship. Round it pressed the dense blue, probed in vain by conical sun-shafts, by luminous barbs. Tiny green wrasse and rainbow wrasse, butterfly-blennies, blue damsel-fish and saddled bream, drawn forward and pushed back by that breathing, for an instant hovering black in that deep blue light, then immediately hurled back again invisible against the carpet of brown seaweed.

If parts of Naples have not been bathed by the sea, the same cannot be said of what the sea receives from Naples. An environmental consciousness pervades The Mortal Wound, as the enchanting world in which Massimo seeks refuge is imperiled by garbage, industrial waste and sewage, as well as by the collateral damage from German, British and American attacks on the city during the war, such as the devastating and lingering effects of phosphorus bombs.

Despite these assaults, Nature remains the triumphant enemy. The city is “The Virgin Forest,” a once glorious European capital fallen into a pitiable, inert modern state now bypassed by the currents of History, the “blue line running through countries and cities: New York, London, Paris, Zurich, Rome, even Rome! But there the line suddenly veers, indeed recoils in horror and runs off…to the north.” The DeLuca family’s parallel decline is atmospherically woven into their living quarters, the Palazzo Medina (identifiable as the real-life Palazzo Donn’Anna), a crumbling 300-year-old edifice not so much bathed by the bay as being swallowed by it:

The façade, more exposed to the sea, is a trifle out of true; has it given way at the base or is that only an impression? as though the ebb and flow of waves had rotted the foundation? Wind and salt water eating away the blocks of tufa, now concave and gritty, only their edges jut out with the lime and bricks; a constant imperceptible crumbling; if you pass your finger over it you can feel the yellow dust coming away. For the past three hundred years the palace has withstood the moods of the sea, the blows of waves and bombs, but the centuries will conquer it with patience, millimetre by millimetre, until the quiet Neapolitan waters will claim their victory on a beautiful day like this, as they are already doing over the three or four surviving buttresses of Pollione’s villa under Cape Posilippo, and fishes will swim in the rooms rendered unrecognizable by marine incrustations, the erosions of waved and corroding mollusks. Only a matter of time.

This same abandonment to Nature is reflected in daily lives of Massimo and those around him, a fatal Neapolitan passivity that impedes forward motion and keeps its inhabitants rooted in place. Even Capri, glittering on the horizon, exists only as a far-away dream neither of the young brothers has ever visited. Gaetano jokingly suggests that Neapolitans should install “a lovely neon sign, very large, at the top of Vesuvius, for everyone to read: WHOEVER STAYS WILL BE DEFEATED.”

And yet Massimo stays. Ruminating on a letter from Gaetano, who has left Naples and written to ask, “Why are you still there?” Massimo ruminates, “And how could I tell him the absurd thing, how am I to tell him: to find again a single one of those days intact as it used to be, to find it by chance, one morning, going out with the fishing boat and the gun?” The intact moment Massimo seeks most is a certain night with Carla Boursier – she herself passes through the novel like an elusive ghost - the “great lost moment” of Massimo’s life (recognizable in Jep Gambardella’s retreat into similar memories in La Grande Belezza), a past, fleeting fantasy of love and promise that haunts Massimo and holds him like an anchor.

This is one sad book. Regarding those who do manage to get away, La Capria omits details of their sojourns in Rome and elsewhere, as though Neapolitanism is so entrenched as to blot out anything unrelated to it. But the almost unrelenting paralysis is partially set off by the southern Italian wit and creativity of those of Massimo’s coterie who somehow manage to make it into middle age without having succumbed to the “dream of the new car, the sports model, money…narrow lives, in a circle of scruffy friends.” Dissolute playboys and bon vivants, they trade goods on the black market, flit among and live off the rich foreigners who visit Capri and Ischia, survive by solely through their wits and not inconsiderable wit. A dark but sharp humor is woven into La Capria’s novel. For instance, one of Massimo’s friends is named Rossomalpelo, a literary joke referencing Verga’s grim short story featuring one of the most unfortunate characters in any literature. Here, he’s among those who leave, and when Massimo runs into him again in Naples after many years, he’s a successful architect, “well-informed and capable of indignation,” helping to pile Lauro’s shoddy modern edifices onto the historic old buildings of the city. If Massimo’s generation has wallowed in indifference and idleness, they partially compensate by a vivid humor and capriciousness. The final chapters, for all the spiritual emptiness they display, are injected with gags and scams that would be laugh out loud funny (particularly a stunt that Nini pulls in Capri’s famous Blue Grotto) were not they emblematic of something stunted and immature in men who have allowed their time to pass them by.

There’s a certain heroism in this dissolution, as conveyed in one character’s disparaging remark offering up Romans as a contrast, referring to their “…dreams of modest happiness, the acme of prudence at the age of twenty, they never once compromise themselves with a daring remark: tactical and practical.” “The mortal wound” of Naples, however, presents one a limited set of choices: to leave for a more mundane world, to abandon the struggle and succumb entirely, or to reinvent oneself, however meanly and hopelessly. As Sasà, disgraced in middle age but once the paragon of youth among Massimo’s friends, asserts: “You see, in a city where seventy per cent have no regular employment you’ve simply got to invent something, don’t you? They force us to.”

Displaying almost none of the determined activism of Anna Maria Ortese’s work, The Mortal Wound nonetheless conveys its “arid desperation” with sensitivity, lyricism and humor, and above all with a fierce and fatal appreciation of Naples itself. La Capria movingly depicts a generation that, in failing to escape or to act, in a simultaneous submission to and rejection of Naples’ “absurd scale of values,” has little to honor in life other than those maddeningly ambiguous, Neapolitan gifts of resistance, reinvention, and a terminal, blind refusal to capitulate despite certain defeat.


[i] Though the novel is second in a trilogy, “Tre Romanzi del una Giornata” (Three Novels of a Day), the books, published approximately ten years apart, can be read as stand-alone works (the first, A Day of Impatience [1952], is also available in an English translation by William Weaver).