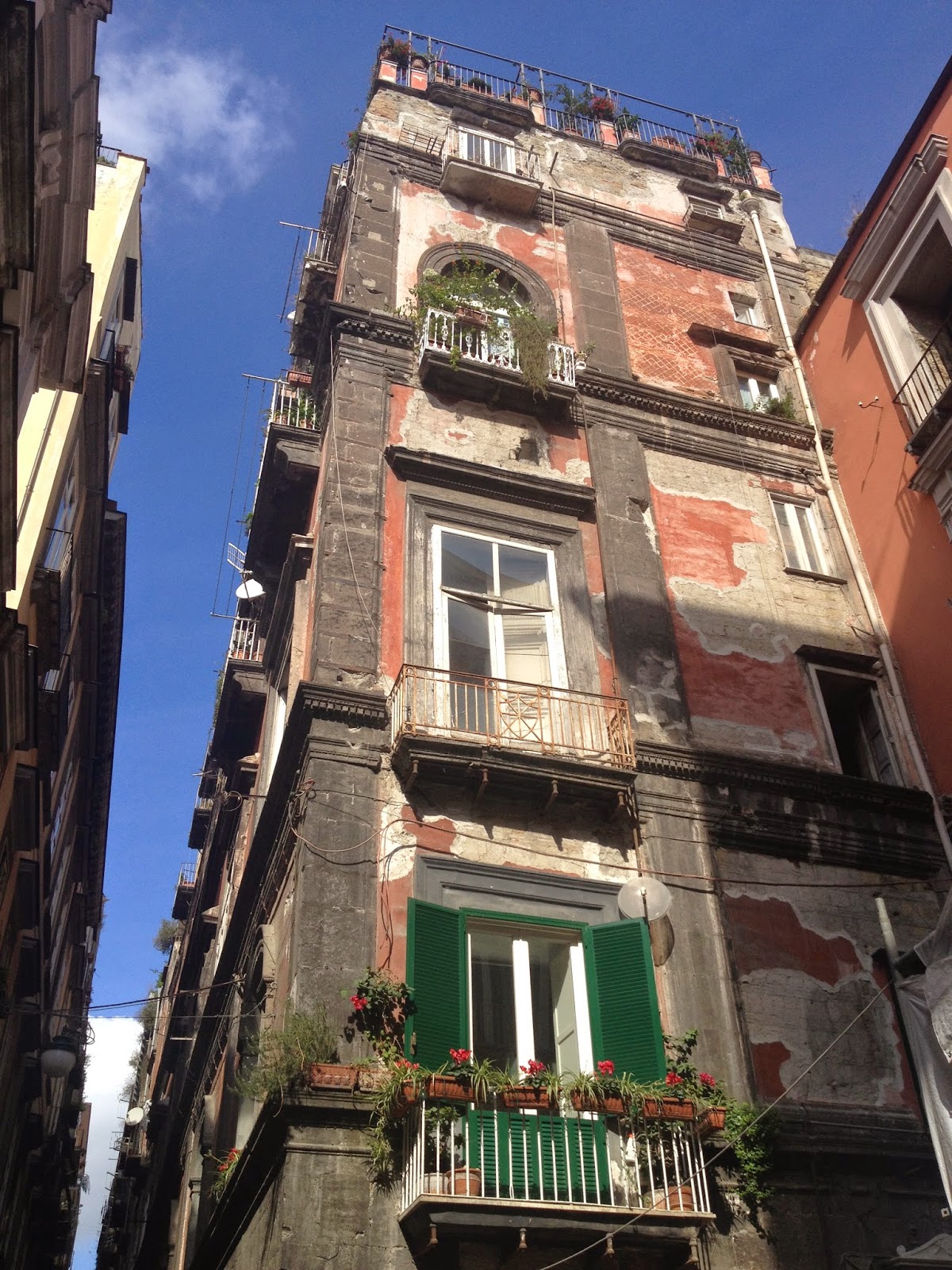 Maybe I shouldn’t write about Antonio Beccadelli’s most infamous work, a 15th century collection of epigrams entitled Hermaphroditus (The Hermaphrodite). For one thing, though it loosely fits my current focus on Italian literature, the poem was written in Latin. For another, Beccadelli, a.k.a Antonio Panormita - a Sicilian who led a career as libertine, academic, court poet, and diplomatic envoy for King Alfonso V of Aragon - is a relatively minor figure of “the heroic age” of Italian humanists, and his work is perhaps primarily of interest to scholars. It may not even be of much interest to them; Holt Parker, the translator/editor of the I Tatti Renaissance Library edition of The Hermaphrodite, says about the poet that the “truth of the matter is [that]…he was not especially good…is also largely tone-deaf…[and] lacks wit.” Parker warns that readers may be initially disappointed in Beccadelli. I count myself among them. I did not especially like the poem.

But liking differs from appreciating, and I’d been intrigued to read The Hermaphrodite after stumbling upon Beccadelli’s palace, the Palazzo del Panormita, in Naples. The first page of Parker’s introduction stoked the flame born from what little I already knew. Parker quotes Ludwig Pastor (1906) as saying that “the spirit of the false Renaissance is here manifested in all its hideousness,” then adds that “the reputation of the book in your hands is…so loathsome that it (eventually) set off the French Revolution or worse – Protestantism.” It’s difficult to turn one’s curiosity away from a reputation like that. But the book’s notoriety stems not so much from its poetic merits as from its titillating subject matter. Beccadelli described The Hermaphrodite as consisting, like the subject of its title, of two parts: the first “stands for the cock, the next will be cunt.”

I probably don’t need to add that Beccadelli had set out to shock. The Hermaphrodite, dedicated to Cosimo de’Medici ("something for you to read to a guest after lunch") was in general warmly received, even by some within with Catholic church. But it also incited the hanging of Beccadelli in effigy and public burnings of the book, not to mention papal edicts against its being read and the creation, for the poet, of a slew of enemies.

In substance, The Hermaphrodite is something of a messy hodgepodge, mixing lewd, sexual and scatological poems with elegies to the dead, attacks on Beccadelli’s detractors, and purplish, flattering paeans to his patrons and followers. Much of the poem indulges in an explicit, adolescent sexual humor: crude descriptions of sexual organs and acts, with a notable, celebratory fixation on sodomy; accusations of sexual anomaly and inadequacy hurled at Beccadelli’s enemies; depictions of prostitution (“I was sweet and pleasant. My deeds pleased many,/But except for my fee, nothing was sweet to me”); even a poem in which the poet invites the sexually profligate to copulate on his own tomb and thus “honor my soul by fucking, not with incense.”  Among the most amusing of these not particularly funny poems parodies the pastoral genre, as the poet’s visit to a bucolic location to write lofty verse is ruined when a peasant comes along and

…places his cloak on the ground, nearby,
then opens his pants and pulls out his cock and balls:
and the breeze gently lashes his naked buttocks.
He bent his knees and curled up into a circle,
Placing his elbows on his thighs and his hands on his cheeks.
Seeming to rest his heels on the back of his thighs,
He squeezes, loosens his bowels, and then shits.
At that from this talkative asshole windy thunders
Break forth; the whole field is stricken by the crack.
I was shaken, my pen fell, the goddess betook herself to the breezes,
The bird fled terrified by the rumble of the fart.

Some of the epigrams aimed at Beccadelli’s foes contain the kinds of insults one might hear today on the Italian street (presumably in coarsest dialect rather than Latin). But even in so minimal a collection - 81 short poems, some of only a couple lines - this kind of thing can grow tiresome. Beccadelli himself avowed that his poems were merely frivolous distractions, the only verses he could complete given “a thousand and one calls on my time,” and easy to write since epigrams should be “short, must be pointed, and [quoting Martial]…fight ‘not with massed troops but a spearhead’” (or as Martial says elsewhere, more in line with Beccadelli’s style, “little books/like husbands with their wives/can’t please without a cock”).

The manner of the poems’ reception and defense, in poems and letters Beccadelli appended to later editions, proves of perhaps greater interest than the poem itself. Beccadelli dealt with the controversy surrounding his work in myriad ways, ranging from lacerating condemnation of his critics to almost complete renunciation, off and on during his life, of these early poems, reflecting, at least in part, the danger in which his verses put him. Mostly, though, he appeared to walk a middle line by defending “obscene” poetry in terms of its precedence, articulating a tradition of such poems by Virgil, Catullus, Sappho, Juvenel and Martial to name but a few.

As a further line of defense, Beccadelli several times distinguishes between the poet and his verses: “These people say that my life is like my words;/I’ll prove clearly that they speak with a false tongue.” A kind of pre-emptive campaign by Beccadelli’s colleague, Guarino da Verona, in a prefatory letter to the collection, underscores this distinction:

…I would not approve less of the poem itself and the author’s talent just because it smacks of jokes, playfulness, and something a little wanton. Would you therefore praise Apelles, Fabius, and other painters the less because they painted naked and open to view those parts of the body which by nature prefer to be hidden? What if they painted worms, snakes, mice, scorpions, frogs, flies, and disgusting vermin? Wouldn’t you admire and praise their art and the skill of the artist? I in truth praise the man, admire his talent, delight when his verse plays around, when he cries I cry, when he laughs I laugh, praise it when it goes whoring in the middle of a brothel. The authority of my fellow countryman, a not inelegant poet, carries more weight with me than the shouting of the ignorant, who can delight in nothing but tears, fasting, and psalms, and who forget that things ought to be looked at differently in life than in speech.

I did not much enjoy The Hermaphrodite (especially not its palpable dislike of women), but I did appreciate the attempts made by Beccadelli to defend his subject matter and his identification of a long literary tradition for such subjects. The Hermaphodite and its related documents make for another fascinating example of the strategies at work in justifying the irreverent, obscene and decadent in literature, and it’s nearly inconceivable to think that such sophomoric poems could have played a part in giving birth to Europe’s greatest schisms. And while I may not have liked The Hermaphrodite, its defense of such irreverence appears to plant a flag on new soil as a stand against those lacking open-mindedness, perspective, and a sense of humor, and who could be incited to violence by a mediocre poem about (to use one of Beccadelli's favored terms) "butt-fucking." I imagine that Beccadelli would have been dismayed to learn that, 600 years after his frivolous epigrammatic “distractions” created so much controversy, even a mere cartoon can provoke a like response.

Posted by seraillon at 3:19 PM