“AND I NEED READING MATTER, NOW DON’T START SITTING AROUND, GO FIND ME SOME BOOKS.” 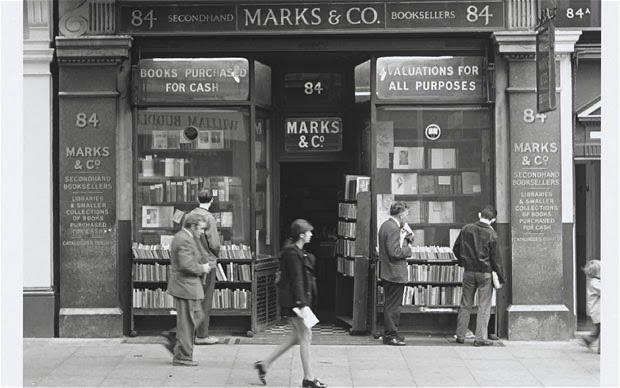 Taking a break before heading into the final two parts of Roberto Bolaño’s 2666, I read a work that had been on the periphery of my awareness for at least a couple of decades, and which I may be among the last people with an interest in literature to read: Helene Hanff’s 84, Charing Cross Road. To my surprise, it was Bolaño himself who provided the final encouragement; referring to it in Between Parentheses, he notes his admiration for the book (and subsequent film). Borges, Cervantes, Joyce,  Cortázar  – these I would expect from Roberto Bolaño, but 84, Charing Cross Road? Wasn’t that a sentimental work about a London bookseller?

A few pages into this all too short, charming creation, though, I could see its appeal to Bolaño, or to anyone; one would almost have to be a toad to dislike this book. Playing a wide register from hilarious to poignantly moving, 84, Charing Cross Road consists of 80 or so brief letters and cards exchanged between Hanff (a New York writer) and the staff of a London bookshop between 1949 and 1969, initially in an effort to obtain nice but affordable editions “impossible to get over here except in very expensive rare editions, or in Barnes & Noble’s grimy, marked-up schoolboy copies.” One of Bolaño’s favorite tools, omission, gets employed throughout 84, Charing Cross Road, which relies heavily on the reader to fill in the gaps in the story it tells. These are not just chronological, though some stretch as long as two years. What the letters say, and especially what they don’t, convey a world far beyond these brief, epistolary communications, not only the domestic and professional lives of Hanff and her correspondents, and not only the world in flux in the decades following World War II, but also a moving evocation of distance and intimacy, of how even such minimal meeting between open, witty and generous minds can create enormous goodwill and lasting friendship. The book’s literariness would also clearly have appealed to Bolaño in its myriad references to works and authors, and, on Hanff’s part, a strength of opinion concerning literature as unfiltered and forceful, and as meticulous and playful, as that of Bolaño himself (I give Hanff an edge in charm and in ability to elicit gleeful laughter).

Bolaño also must surely have enjoyed Hanff’s evolving appreciation of fiction. Where in the beginning her wide reading interests, inspired by the scholar Arthur Quiller-Couch, tended towards essays, Bibles in Latin Vulgate, Samuel Pepys’ diary, John Donne’s sermons, dialogues by Walter Savage Landor, and a few love poems to get her through the spring (“No Keats or Shelley, send me poets who can love without slobbering”), she admits a distaste for fiction (“i never can get interested in things that didn’t happen to people who never lived”). But Hanff eventually finds a few novels she can appreciate, like Tristram Shandy and Pride and Prejudice (about which she notes, “I…went out of my mind”).

Anyway, at the risk of spoiling such a splendid book with superfluous commentary, I’ll bring this to a close. In scarcely the amount of time it's taken you to read this post, you could have read Hanff's book, so forget everything I just wrote and go do that instead. I’ll just affirm here my unexpected and great appreciation for 84, Charing Cross Road (it has already secured a place on my favorite works read in 2014) and my delight in paying forward Bolaño’s recommendation.

Posted by seraillon at 2:40 PM