“He was pleased; at least there was something here that wasn’t nasty” – Giorgio Scerbanenco’s Milan 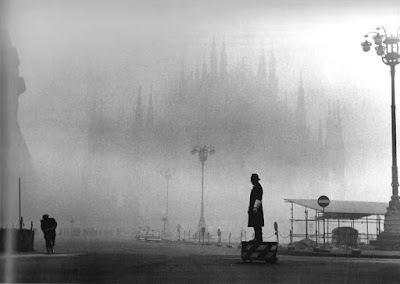 When it comes to Ukrainian-born Milanese writer Giorgio Scerbanenco, my own embarrassment in discovering him only now might be weighed against the Anglophone publishing industry’s having issued, so far as I can tell, only two of his works in translation. This paucity might be understandable were Scerbanenco a nobody, but Italians know him as the father of Italian crime fiction, the country’s premier literary prize in the genre carries his name, and his literary output ran to some 71 novels and 19 short story collections. The two English translations both come from his Duca Lamberti quartet, a.k.a the Milano quartet. The first of these, A Private Venus (Venere privata, 1966, translator Howard Curtis, Hersilia Press), called to me from the library shelf. I read it in a single sitting.

A Private Venus introduces Scerbanenco’s memorable protagonist, disgraced doctor Duca Lamberti, as he’s leaving prison following a three-year sentence for having euthanized an elderly cancer patient. A sympathetic local police superintendent, Luigi Càrrua, has arranged a post-prison job suited for a doctor now stricken from the medical rolls:  to wean Davide Auseri, 22-year-old son of a prominent industrialist, off alcohol, which the young man has been guzzling morning to night for a year. Alert to possible complications for his own future, Lamberti nonetheless accepts the task, recognizing the drinking as a symptom of something more troubling. Under Lamberti’s tough love, Davide quickly divulges his secret: he feels responsible for the death of a young woman, Alberta Radelli, a prostitute he had left on the side of the autostrada after being alarmed by her desperate plea that he take her away from Milan, and whose body had been found later with her wrists slashed. Davide’s story adds up; the rest of the picture does not. A careful investigation would have indicated that this was no suicide. And so Lamberti finds himself drawn into a role of the sort once played by his late father, an anti-Mafia detective.

A Private Venus is the kind of Italian noir I relish: sharp, intelligent, unmistakably Italian, unmistakably its own thing, its teeth nipping into real-world problems. The narrative brims with dark, deadpan humor and a barely restrained indignation, and brings to mind Leonardo Sciascia and Georges Simenon, to whom Scerbanenco gets compared, as well as American writers such as Ross MacDonald and Raymond Chandler.

While Scerbaneco’s earliest models were American detective stories (his first works used an American-sounding pseudonym), an insistence on Italian particulars characterizes A Private Venus. The Milanese specificity of the book seeps onto every page, such that one could trace on a map many of the novel’s locations and follow the characters’ movements almost to precise addresses. The grittiness of the city often comes through, as when Lamberti mentions the “double supply of cockroaches” in his sister’s apartment, which “come in from the street and also the courtyard.” A broader Italian context appears in the book’s mix of characters from across the country, as when Lamberti is warned off by Càrrua not to get too involved:

“’Why?’, he asked, almost respectfully; he was from Emilia Romagna, he knew how to keep a cool head.
“’Two girls have already been killed,” Càrrua said. He was from Sardinia, red-blooded and calculating.

The country’s north-south divide serves as a key thematic element, as is an ambivalence concerning America, seen in an offhand, Malaparte-esque comment about American soldiers after the war caring primarily about beer, as well as in the way Scerbanenco seems to deliberately underscore the Italian context of his work in relation to his American models, as when Lamberti and a detective show up to interview Alberta’s sister:

The police had already been there a year before, about poor Alberta, so what could have happened now? If she had been an American she would have replied, “How can I help you?” in a polite, concerned tone, but she was an Italian from the south who the year before had been on the verge of losing her job with the phone company because her sister had killed herself and had been in the newspapers, so she didn’t say anything, not even “Yes,” just let them in, ran awkwardly across the little room to turn off the television set, blotting out Milva completely, and turned to look at them: one rather tall, rather thin, rather unpleasant-looking – that was him, Duca – the other short and stocky, and even more unpleasant-looking, and she didn’t even ask them to sit down, just as she didn’t tell them it was illegal for the police to enter a citizen’s home after sunset, because she didn’t know the law, not that anyone did know it, and even if she had known it she still wouldn’t have said anything.

Perhaps the most distinguishing quality of Scerbanenco’s work, aside from his grim Milanese milieu, may be an idiosyncratically feminist bent, no doubt influenced by the author’s years of writing for women’s magazines, including a long stint as an agony columnist. This shows up not only in the criminal pursuit with which A Private Venus is concerned – the trafficking of women – but also in a sensitivity to the ways male privilege and violence constrain and even condemn women. Scerbanenco’s female characters tend to be independent, resourceful and intelligent; two of them are masterful chess strategists. When Alberta is found dead, she’s carrying a novel by Alberto Moravia (one of Scerbanenco’s chief influences) in her purse. Scerbanenco’s most singular character, Livia Ussaro, a friend of the murdered girl, is a non-nonsense intellectual with a fierce moral outlook, like Lamberti himself but made of stronger stuff. Lamberti initially mistakes her for a lesbian given her short hair and pronounced independence, but Livia, who describes herself as cold, nonetheless attracts both sexes.[i] An interest in feminist sociology has led her to perform her own empirical experiment:  is it possible for a woman to succeed in being her own boss in conducting a private prostitution? Livia’s street smarts, academic education and wit show up in a subtle illustration of the Pareto Principle in her account of her disappointing first client when she observes that “four-fifths of human experience is based on something so quick, something that flashes by in an instant.” But such wit is bitter: in 1960’s Milan, Livia has found, the answer to her question appears to be a resounding no.

I wrote in my notes that a woman is a piece of merchandise that’s too much in demand, she represents a financial and social element that’s too large for a whole structure of interests not to be created around her.

As in the works of other Italian crime writers whose works delve into questions of justice – perhaps especially the Montalbano novels of Andrea Camilleri, on whom Scerbanenco’s influence is obvious and deep[ii]- the difficulty of ever finding it forces the protagonist to find a different way around. Lamberti himself notes early on that his mistake in his own trial was in trying to tell the truth: “the truth is death, anything but the truth in a courtroom, in a trial. Or in life.” Later, meditating on revenge against the type of criminals who had stabbed his father, consigning him to a fate as “grey clerk” behind a desk, Lamberti admits that rather than seeking justice, he had “only wanted to see some of them face to face, and speak their language to them because that way you understood one another immediately.” This is not a work drenched in blood, but the violence, when it comes, is brutal.

I’m not always a fan of this genre, but I’m already well into the next volume and eager to see more of this unusual writer’s work translated. I’m particularly intrigued by a quartet of noir novels set in New Mexico, and perhaps equally curious to sample another significant vein of literature mined by Scerbanenco: romance novels.

Addendum May 4, 2019: Having now finished the second of Scerbanenco's novels translated in to English, Traitors to All (Tradittori di tutti, 1966, translation by Howard Curtis, Melville House), I feel obliged to make a couple of clarifications. First, while a A Private Venus does contain one gruesome scene of torture, the violence in Traitors to All is significantly more horrific, with Lamberti's own violence amped up considerably. Second, the deficiencies in the "idiosyncratically feminist bent" I'd noted in A Private Venus are more evident in Traitors to All, with one especially improbable female character whom even Scerbanenco seems to recognize as pure fantasy, since he has Lamberti think of her as an almost supernatural "goddess of vengeance."

[i]A distaste for homosexuality appears in A Private Venus, which features an odious homosexual character and an almost risibly over-the-top passage equating homosexuals with mutants. At the same time, Scerbanenco has Livia at one point express a “theoretical” opinion that “there are dialectically irreproachable reasons why parisexualism should have the same rights as heterosexuality.” 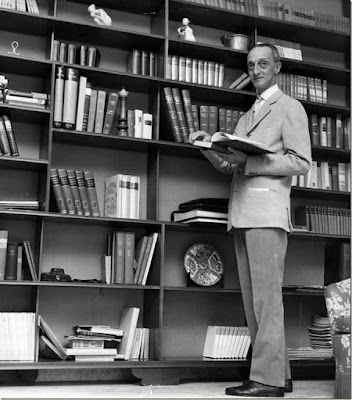 Posted by seraillon at 1:43 PM