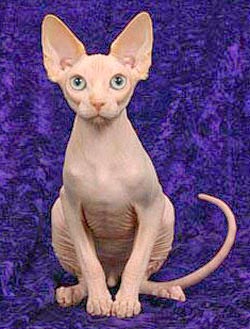 On a few very rare occasions, I’ve tasted foods so unutterably strange that my only reaction has been irrepressible laughter, an almost biochemical, nervous reflex as much as an appreciation of whatever undeniable humor I may have found in the thing itself. Reading Raymond Roussel’s 1914 novel Locus Solus, I experienced a similar effect; the sheer imaginative complexity of the book’s conceits sometimes produced such a degree of overstimulation that I could respond only with reflexive laughter.

My formal introduction to Roussel’s work came last year when I read his Impressions of Africa. In the first half of that book, a series of bizarre rituals, contraptions, and performances, unfolding in the central square of a mythical African republic, adds up to a dazzlingly poetic work that stretches reality into absurd, amusing, and occasionally macabre shapes. The second half of the book then gives intricate back-stories for each of these fabrications, each with an equally mystifying, glorious inventiveness.

Locus Solus largely provides more of the same, but the elaborations of some of Roussel’s conceits often attain an intricacy to which those in Impressions of Africa can merely aspire. Roussel constructs his “novel” upon a plot so thin and utilitarian that he could have stuck it up with thumbtacks: as the unidentified first person narrator explains, a group of friends has been invited by the renowned scientist Martial Canterel to Locus Solus, his estate just outside Paris. Other than that we never learn who’s in the group, how many they are, or why they’re there. Rather, Locus Solus leapfrogs such practical matters and plunges immediately into the wondrously and grotesquely bizarre. Before the group even reaches the villa on the property, they encounter an earthen statue of “a naked, smiling child,” standing in a niche upon a pedestal that presents a triptych composed of incomprehensibly odd, subtly-tinted reliefs melding baffling imagery with the occasional free-floating word. Canterel engages in a lengthy and outlandish set of entwined tales, stretching over centuries and from Timbuktu to sea caves off Bretagne, to explain the curious figure’s history. The group then follows Canterel to a broad, flat promenade where the scientist demonstrates a fantastical machine powered entirely by sun and wind. Directed by extraordinarily precise computational algorithms predicting the speed and direction of the slightest of breezes over a ten-day period, the machine executes a mosaic on the ground by placing human teeth, in all their varieties of discoloration, into a pattern illustrating a scene from a Scandinavian folkloric legend. Next comes a creation first glimpsed from a distance, a “monstrous jewel, two metres high by three wide, curved into the form of an ellipse [which gives] out, under the full radiance of the sun, an almost unbearable lustre, flashing in all directions” and emitting “vague strains of music.” Within this diamond, filled with a shimmering clear liquid, various scenes reveal themselves: the music emanates from the flowing blonde hair of a smiling young woman standing within the diamond, apparently able to breathe easily in the hyper-oxygenated liquid; an angry Atlas repeatedly drops and kicks at his globe; a figure of Voltaire is seen experiencing a moment of doubt about his atheism as he spies a young girl deep in prayer; the “internal remains” of the face of Danton, reduced to a thin skein of fibers, mouths unheard words in response to an unseen stimulus; a “pink and entirely hairless” Siamese cat (Khóng Dêk Lèn - surely one of the most memorable cats in literature) gaily swims about while a whimsical interpretation of Apollo and his chariot of fire, composed of a team of colored seahorses pulling, via some mysterious magnetic attraction, a round mass luminous like the sun, engages in a (sea)horse race. The glowing mass, it turns out, is Sauternes, which in contact with this aqua-micans coalesces and takes on an extraordinary glow (a genially exaggerated version of the chemical magic that occurs when water is added to pastis, for instance; this Sauternes in aqua-micans is a cocktail I’d certainly like to try). Next, the group passes slowly along a long transparent wall behind which elaborate tableaux vivants are being enacted – or rather, tableaux morts, since in each scene a reanimated corpse relives the most crucial moment of his or her life, thanks to Canterel’s ingenious invention of the chemical substances vitalium, resurrectine, and erythrite. Relatives flock to Locus Solus in hopes of gaining, through these recreations, an understanding of the loss of their loved ones.

These are but a few of the strange marvels of Locus Solus; as in Impressions of Africa, one story begets another, and it’s easy to lose track of where the first story began. Roussel nests tales within tales, concatenations that seem capable of leading one along infinitely (and tediously at times), like the reflections in facing mirrors, but he regularly sticks in a tack to reorient his narrative to the group visit to Locus Solus. His inventions – prose conceptions of creations that would put most contemporary conceptual art to shame - again bridge science and art, with a strong emphasis on writing, music, drama and painting as well as hybrid biological and mechanical mechanisms (“Only an animal, at once living and uncomprehending, would be able to give the required degree of unexpectedness to the performance”). Any artist, tinkering inventor or bright, open-minded bioengineer should be inspired.

The propagation of these inventive, poetic scenes lies in Roussel’s “procès.” Beginning with one set of words linked by the preposition “à,” Roussel would pair it with another set of similarly linked homonyms of those words. An example given by Roussel in his book on his own methodology, How I Wrote Certain of My Books, is “mou à raille” (mou – a wimpy, soft person : raille – like “the raillery heaped upon a lazy student by his comrades”) paired with “mou à rail” (mou – a culinary dish made of calves lungs : rail – a railroad line). The operation of these odd pairings, something akin to the mutations resulting from frameshifting of DNA, generates the nonsensical associations Roussel then takes and amplifies into his intricate constructions. The above example shows up in Impressions of Africa in the form of a cart that runs upon a track made of calves’ lungs. (The tremendous creative and humorous potential of this kind of homonymy is evident in an accessible, charming work employing something similar to Roussel’s method, Luis d’Antin van Rooten’s Mots d’Heures: Gousses, Rames, in which French homophones are used to create absurdist versions of the English lines that make up Mother Goose Rhymes – or, for another example, in this irreverent version of the Soviet national anthem).

But Roussel’s process is only an initial, generative tool to help fabricate his creations, and hardly explains the prodigious imagination on display in his work. He then performs a further textual operation, similar to the surrealist game Exquisite Corpse (wherein a drawing made by one person on half of a folded sheet is completed by another on the other half, with the second able to see only minimal, connecting traces of the first’s design) by again inventing for each his conceits an explanation at least as fantastic as what it sets out to explain. In Locus Solus, Roussel collapses these concepts and their explanations into discrete chapters, each consecrated to one of Canterel’s contrivances as the group moves about the estate. In one such back-story, the mirror-like fingernails that play a critical role in the sudden collapse into insanity of a woman seen in one of the tableaux morts are explained in detail as a fashionable cosmetic treatment in which the nails are first removed, made transparent, provided a reflective tinned backing like the metal substrate on old mirrors, then replaced on the fingers (I’m surprised that I’ve yet to encounter this particular body manipulation on the streets of San Francisco).

Considering the games with homonyms at the heart of Roussel’s process, one might wonder if reading him in English entails a greater than ordinary loss in translation. But even educated French readers would be unlikely to divine the linguistic origins of Roussel’s ideas solely from his texts, and these uncommon concepts almost certainly taste as exhilaratingly strange in English as they do in French. What may come through of Roussel’s homonym games, though, is a palpable sense of drifting through an infinitely curved universe of words, a dream-like echo space in which language generates and regenerates itself. It’s mesmerizing, for the most part. And did I mention that “a cheerful dinner” is promised to the guests at the end? I feel almost cheated in not getting to sit down in the villa of Locus Solus to enjoy that meal.