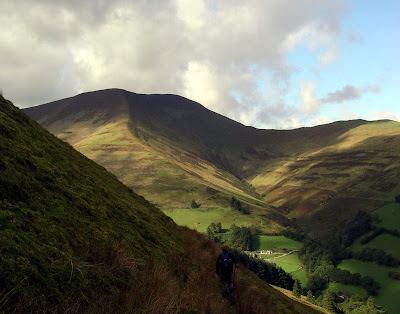 Memories, like one’s dreams, may be most interesting to one’s self, which might explain my general lack of appreciation for the memoir. Or maybe it’s that the genre offers such a ready-made subject, calling to mind that canard about what it takes to be an English teacher: “Ever have a feeling? Write about it!” The potential for indulgence seems to exert tremendous gravitational pull, occasionally leading towards a gauzy, nostalgic recitation of sensations and events or, opposite direction, a wallow in the sordidness of one’s past (unforgettably limned by Adrian Mole diaries author Sue Townsend in her giving to an imagined book of this sort the title, A Girl Called Shit). Perhaps my distaste merely springs from my becoming a cynical old codger, scowling at the wasted years.

Or, just maybe, it’s that most writers of memoirs are not Angharad Price.

While reading Price’s The Life of Rebecca Jones, I thought of an acquaintance whose mentor in a creative writing program told that her uninteresting writing was less problematic than her uninteresting life, a charge I can’t imagine being leveled at Price. Her book did not entirely win me over to the memoir genre – it offers an abundance of nostalgia and inward turning towards the sharp sensations of childhood and home, and taken in isolation some of her simple sentences could seem as subtle as a brick (“They tell me the village is changing”) – but its signature strength rests with the author herself. Not everyone who sets out to write about the past can claim, like Price, to come from an uninterrupted chain of generations inhabiting the same valley for 1,000 years, an attribute that lends The Life of Rebecca Jones a depth and authority with regard to its backward glance that few writers could ever hope to summon, given what its narrator can rightfully claim about “continuance.”

To be fair, The Life of Rebecca Jones is actually not a memoir of Angharad Price; rather, it’s a hybrid memoir/novel, based loosely on one of Price’s relatives, a kind of first person narrative experiment in the autobiography of another, a questioning of what “self” can mean in a person - Price and the protagonist whose life she recounts - so profoundly anchored to history.

Written in Welsh in 2002 and published in English in 2012, The Life of Rebecca Jones begins and ends in the Cwm Maesglasau, the steeply walled valley where the Jones family first arrived in 1012. Beginning with her 1905 birth, Rebecca Jones traces, for the nearly 100 years of her life, events impacting her family: births and deaths, tragedies and glories, the frustrated hopes of a young woman weighed down by tradition and obligation, the occasional intrusions of the outside world into the secluded valley. This use of fictional memoir to filter an epoch through a character whose life it spans is has been done: Virginia Woolf’s Orlando, G. B. Edwards’ The Life of Ebenezer LePage, and - closer in tone, period and thematic concerns to Price’s work - Sicilian writer Goliarda Sapienza’s colossal, semi-autobiographical novel, The Art of Joy (recently translated into English). Price’s economy of language and tight, frugal writing also align her to such concentrated evocations of family and place as Annie Ernaux’s moving, autobiographical novella, A Man’s Place.

Price’s book distinguishes itself not only by its claim to historical continuity, but also by the congenital blindness of three of Jones’ four brothers, dividing the family’s six children into a tragic symmetry. Many family chronicles could rest their entire weight upon a calamity of this magnitude, but it’s a testament to Price’s ingenuity that while she affectingly conveys the tremendous strength required of the family (all the brothers go on to remarkable careers), her narrative ranges beyond particular circumstance to encompass wider concerns: the power of place (readers are unlikely to forget Cwn Maesglasau as evoked by Price), the lives of rural women, the tension between individual aspirations and age-old traditions, and especially the pivotal role of language and literature supplied by a family line of poets, historians, bards of the earth and lovers of literature from Cwn Maesglasau and across Wales. Price firmly situates Rebecca Jones in the Welsh literary tradition – even providing a crash course illuminating some key figures – and some of the novel’s most memorable phrases come not from Rebecca’s own narrative but from the passages she recalls from time spent reading, memorizing literature, and listening to stories despite a life dominated by chores of the farm, sewing for extra income, and caring for her siblings, their children and her Alzheimer’s-stricken mother. The centrality of language is no cheap literary device, but like the brothers’ blindness, among the irrefutable facts of Jones’ life: a chest of treasured books handed down through generations; relations who were noted writers and thinkers; the critical significance of language even among those who, like Jones’ father Evan, eschewed books but reveled in stories. Even the book’s structure is shaped by excerpts from a 16th century book on animal husbandry written by Jones’ ancestor Hugh Jones that offer memorable, stylistically curious observations about the valley where, 500 years later, life remains in many ways unchanged.

The novel contains a handful of photographs of the Cym and of the family, leading one cover blurb to compare Price to W. B. Sebald. While it now seems axiomatic to invoke Sebald whenever a novelist uses photos, Price’s treatment of the past and her subtle interrogation of how photographs juggle with the truth make the comparison appropriate.

Only in the final pages of The Life of Rebecca Jones does the modern world truly begin to intrude, with its electrical turbines, telephones, jet planes, and the degradation of traditions into novelties: packaged, theme park representations of the past. While any number of books bemoan the losses incurred by modernization, few offer such a heavy counterbalance in terms of the volume of history at risk, so much of it, in Price’s case, intensely personal:

I know this way as I know myself, and there is no need to grope. I have walked this path almost daily for nearly a century. Perhaps I have become the path itself – my steps, at least – as the flow of water becomes a stream. I could walk this path even if I too were blind.

Price could have opted for a straightforward memoir, but by focusing on Rebecca Jones, whose world entwines her own, she captures what has been lost already in what has come down to her in a life both enriched and burdened by such continuity. As the custodian of this millennium of family history, what is Price to do amid the impingements of the modern world? The Life of Rebecca Jones, and its surprising, complicating ending, attempts a moving answer to that question. As an autobiographical experiment, it also, with a haunting, nagging persistence, calls into question the entire enterprise of the conventional memoir and of representing the past.

Posted by seraillon at 5:26 PM