Miklós Bánffy: To the Moon 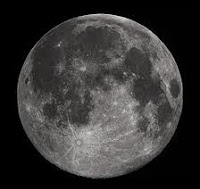 I felt a bit like Sophie Calle upon discovering recently some news about Miklós Bánffy’s “Transylvania Trilogy” – They Were Counted, They Were Found Wanting, and They Were Divided. Long-time readers of this blog may know that my enthusiasm for this set of novels is the reason I began book-blogging in the first place. Unfortunately, the books have not been particularly easy to find, and I’ve heard from several readers that the cost of used copies – especially the first volume – is often prohibitive (at least for print editions; the books are now available for Kindle download).

Arcadia Books, the British publisher originally responsible for putting out the trilogy, re-released new trade paperback versions of the books in Great Britain in early 2010, but these new editions quickly seemed to become nearly as expensive and difficult to find as the originals. But Gary Pulsifer of Arcadia had also launched a campaign to generate publisher interest outside of Britain, and, in an effort to further that cause, I followed up some correspondence with him by writing to the agency handling international rights to the books, expressing my hope of one day seeing them in hardcover, perhaps in a well-known collection such as Everyman’s Library.

I’m not about to claim credit, but I’m nonetheless delighted to announce that I seem to have received the moon: Bánffy’s Transylvania Trilogy will in fact be published by Everyman’s Library this coming July. The books will come in a standard Everyman’s Library hardcover edition in two volumes (with the shorter second and third books of the trilogy bound together).

In the unlikely event that I did have something to do with this excellent news about the Bánffy trilogy, I'll keep up my baying at the moon by offering up a few more works/authors I’d to see published or re-published in English translation. Some have been available in English before and are now out of print, some I’ve found only in French (listed below with their French titles), and my interest in others has been piqued by suggestions from various book bloggers and reviewers.

Other authors un- or under-translated into English:

There are certainly hundreds and even thousands more. I’d be most interested in others’ suggestions, so please offer up your own nominees in the comments.

*Translator John Penuel has been addressing the works of these three writers; some of his translations have been published in print editions and/or are available for Kindle download.
Posted by seraillon at 8:21 AM