“The power of the incomprehensible” – Massimo Bontempelli’s "realismo magico" 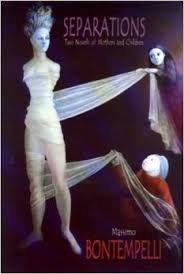 Invisible presences! My mind began wandering as I regained speed. I remembered that for a while, as a child, the phrase had appealed to me a great deal. It’s a pity they don’t teach even a little demonology in school.
– Massimo Bontempelli, “Nitta,” in The Faithful Lover

How perplexing that the initiator of one of the most recognizable 20th century literary movements remains largely unknown outside of Italy. Massimo Bontempelli (1878-1960), the Italian writer recognized as the first practitioner of “realismo magico” (magic realism, or, as later translated by a Venezuelan colleague of Bontempelli, the more familiar "magical realism") was in Italy a prominent figure for decades, winner of the country’s top literary award; co-founder, with Curzio Malaparte, of the influential European journal ‘900, the editorial board of which included James Joyce, Rainer Maria Rilke, and André Malraux; and later a leader, with Alberto Moravia, Elsa Morante, and Alberto Savinio, of a movement aimed at renewing Italian literature following the war, sharing with many of his generation a turn to the left after an early embrace of Fascism. For six decades Bontempelli produced a steady stream of novels, stories, plays and essays.

I took a look at two volumes available in English: Separations: Two Novels of Mothers and Children (Due Storie di Madre é Figlie) then at The Faithful Lover (L’amante fedele), the late collection of stories that won Bontempelli the Strega Prize in 1954.

The Boy With Two Mothers (1929) and The Life and Death of Adria and Her Children (1930) could have been written last week. Though these short novels borrow from surrealism, their freshness both in style and subject resembles little else of the period. A work they do resemble – quite to my astonishment in that I’d never come across anything quite like it – is Jane Bowles’ singular novel Two Serious Ladies. The similarities in atmosphere, meandering narrative structure and depiction of idiosyncratically independent women lead me to believe Bowles must have read Bontempelli. There is also a strong resemblance between a long passage in The Boy With Two Mothers and Leonora Carrington’s charming 1976 novel, The Hearing Trumpet, which contains a notably similar depiction of a rural psychiatric sanitarium for women.

In the first of these works, Bontempelli takes the theme of Solomon’s judgment in deciding the real mother of a child claimed by two women and complicates it by giving the child two mothers in actuality. In the upper class household of the Parigi family in the fashionable Ludovisio Hill quarter of Rome, young Mario, on his 7th birthday, undergoes a transformative experience while playing in a park, suddenly demanding that he be called “Ramiro” and brought home to Trastevere, a neighborhood the boy has never visited. His mother Adrianna, frightened by the boy’s insistence, accedes and has the carriage deliver them across town. A caretaker at the Trastevere apartment indulges Adrianna in letting the boy look around. He appears to know the apartment intimately, even the familiar toys in their familiar hiding places. Turning to a photograph on a dresser, he points out his “real” mother, “Luciana,” and, in the same picture, himself. Adrianna faints.

We learn that Luciana’s son Ramiro died seven years before, at the exact moment Mario was born. The story follows the entwined tales of the two mothers as they attempt, with comic consequences but mutual respect, to negotiate this strange reincarnation that has overturned their lives. As the news spreads across Rome, their efforts to remain level-headed contrast sharply with the responses of those around them, particularly men, who prefer expedient answers. Balancing the magical and comic elements, Bontempelli conveys a moving and profound sense of loss.

In The Life and Death of Adria and Her Children, Adria, a woman of class and beauty, has decided, upon the birth of her second child, that she will devote her life to being the most beautiful woman on earth. To do this, she insists on controlling every moment so as to not suffer any emotional interference that might create a ripple in her beauty, even forbidding her children direct contact. They instead observe Adria once weekly through slits cut into a wall at the height of their eyes, allowing them to gaze in wonder at their mother’s radiance. Bontempelli beautifully captures the strange distances that can exist within families as he traces the children’s growth into independent adults and their relationship with an aloof, headstrong mother.

The Faithful Lover consists of curious, enchanting stories and a novella-length suite entitled “Water.” They call to mind the inventive subjects of the novellas of César Aira, though often turn on a single peculiar event and possess a minimalism that contrasts with Aira’s rapid-fire, baroque piling up of conceits. In one, a cat burglar must decide to flee or save the policeman who, having caught him in the act, has slipped off the roof and is dangling from the eaves. In another, a man goes for a long nighttime walk that seems determined by the paths that appear on his way and the stars he follows, until the stars begin to behave strangely. In “Nitta,” a man driving home hears a strange sound in the backseat and discovers a disheveled young girl. In “Empress,” a child is sent to an asylum after slipping into a delirious fantasy that she is the Empress Theodora. Her mother, after visiting the deranged girl, begs the doctors not to cure her. “Encounter” finds an insomniac alone at night in his apartment when a “diffuse presence” gathers itself by the stove and begins speaking to another. These emanations appear to be two dead lovers finding themselves after two millennia of searching the void, their reunion interrupted when they become of aware of the man observing them. An especially evocative story is “Moonwort,” in which a timid 11-year-old boy travelling home alone on a train curses himself for having neglected his promise to bring his mother a branch of moonwort. Seated across from him is a troubled young woman who happens to pull from a bag a branch exactly like that he seeks – a story that beautifully captures the emotions of youth. 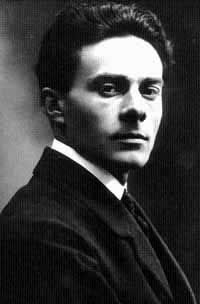 There’s a light touch to Bontempelli’s stories that stands in contrast to the exploitation of magical elements one finds in Garcia Marquez, Alejo Carpentier or other names associated with magical realism, a gentle tweak to reality, not applied torque. Bontempelli stressed that his realismo magico “has nothing to do with a thousand and one nights. More than fairy tales, we have a thirst for adventure. We want to see the most ordinary daily life as an exciting miracle, an unending risk.” The stories seem both newly-minted and suspended in time. Though some are set in specifically Italian locales – Rome and the seaside town of San Felice Circeo in The Boy With Two Mothers, for example – particularities of place often seem more incidental than integral.

Bontempelli’s narratives are characterized by frequent use of interior monologue; isolated, idiosyncratic individuals usually on some quest; and repetition of images of stars, night, woods, moon, water. This tendency towards romantic elements is checked by the occasional reminder that Bontempelli has a foot on terra firma. In The Life and Death of Adria and Her Children, the oldest child, Tullia, becomes a brave spy working against the Germans in World War I. In others, references are made to Italian politics and issues of class. The Boy With Two Mothers comically treats the collision between the superstitious inhabitants of popular Trastevere with the snooty, dismissively rational close-mindedness of the upper classes. Occasionally, Bontempelli’s narrators become playfully self-referential, as when, during a scene in which the entire city eagerly awaits Adria’s annual appearance at the Society ball, the narrator suddenly asserts his power as narrator:

They’re all impatient and will have to wait two more days. But we don’t have to. It is our prerogative as a writer (and we permit our readers to share in this) to skip those two days and find ourselves walking through the Society’s rooms on Friday evening before midnight, just as Adria is about to appear.

The women in Bontempelli’s work are especially full of character and fiercely independent, embracing their peculiarities and rejecting conformity and any effort to rein in their freedom. In “Octagenarian,” the matriarch of a family, on her deathbed, delivers a speech she has held inside for more than thirty years, lambasting her children for the criminal waste of their conformist, banal lives, stating that “A man who can’t do anything crazy is some kind of dumb animal,” and telling her daughter that she could have been great, “that phenomenon, a woman who breaks barriers, escapes from wells, sets precedents and gives her name to streets.” Chastising her daughter’s bourgeois existence, she tells her,

…just to give you a laugh, I was going to sedate you heavily one night, cut your hair, dress you as  a sailor, and find a way to deposit you on board a departing ship, having timed things so that you wouldn’t wake until you were already on the high seas. I wouldn‘t have left a penny in your pockets. To awaken at sea and have to stay there at least twenty days, disguised and among strangers, then to be put ashore someplace without money or friends, and in some way to have to get yourself out of it! Your life would have been transformed.

In “Water,” the 15 year old Madina, escaping from the house in which she’s been essentially a prisoner her whole young life, revels in discovering the woods, the stars, the water in a stream. She rejects various men obsessed with her innocence, men oblivious to the glories of living. In a casino one night, she repeats aloud the various confidences others have made to her regarding everyone else, then castigates them all when havoc results from her candid revelations:

What I care about is that none of you know what the woods are like when all the leaves are fluttering, how worms live in the ground, the sound that water makes running over stones; how smoke whistles when it sets a tree on fire; and you’re locked up in here, when outside all the stars are blazing. That’s why I was yawning here. I want air, water, earth. I’m in prison when I’m with you.

This fierce appreciation for the “magic” of living shows itself in all of the works in these two volumes. Far from merely injecting mysticism into his work to create a fantasy world, Bontempelli attempts to unveil everyday wonder, rejecting all those who would remain closed off to it. It’s especially intriguing that Bontempelli’s most courageous, vibrant characters are women, who oppose bourgeois conformity and the paternalistic systems that aim at control and order. Between this singular author and his Italian contemporaries who initially seem to differ so radically - Malaparte, Moravia, Morante - there actually may be no small amount of common ground.

Posted by seraillon at 4:02 PM